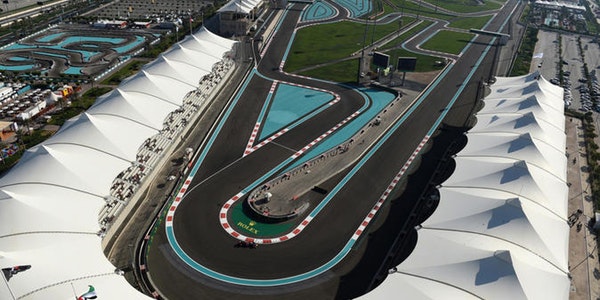 I know a lot of you’re doing your architecture right now and man of you will be wondering, who is this Hermann Tilke guy? Well, FoA of KAHE is going to introduce you to this amazing dude who is known as father of modern Formula 1 circuits. Hermann Tilke was born in Olpe, Germany on 31st December 1954. (Lucky guy! born just before New Year!). He completed his civil engineering in Transport and Traffic Management at FH Aachen and established Tilke Engineering in 1984. He’s also a racing professional and has competed in VLN Endurance Championship and 24 Hours of Nurburgring. He’s the one of four FIA (Fédération Internationale de l’Automobile), though most of the time he’s the one who’s constructing circuits. Hermann Tilke is known for his ability to use his skill in Civil Engineering, Architecture and Electronic engineering to provide top class solutions for modern automobile racing. A lot of his tracks also host other forms of racing ranging from touring cars to motorbikes and even sidecars. He’s majorly known for building a short access road to the Nurburgring Circuit. But his major first job was converting the fast flowing Osterreichring to the fast flowing A1 Ring (Redbull Ring) in Austria.

Hermann Tilke is the first person who has understood the modern needs for Formula One, by constructing several awe-inspiring structures around or on in the circuit. The luxury lounge, motor-home parking area, driver’s area, pitlane and garages, circuit design, all are taken up by Tilke and his engineering crew who’ve been for more than two decades have provided safety net for track racing of all forms. Though he’s criticized for making his tracks mostly resemble the same formulation of high speed corners, long straights and beachy breaking zones, one thing often people forget is, he’s good at creating highly amazing circuits with safety features that have made others follow suit. Since Formula one isn’t the only sport that uses his designs, his critics who say his design is flawed often get silenced. Let’s have a look into Hermann Tilke’s major circuit design job:

A1 Ring or Redbull Ring as it’s known today is a fast flowing circuit that was created by stripping Osterreichring from its former fast flowing structure. It is still a fast flowing circuit; Hermann Tilke improved it by adding two sharp corners on the home straight and turn 2 which are heavy breaking zones. With a run off area which allows the drivers to get back on track easily forgiving them of their mistakes; it also serves as a catchment area for all those crashed cars. 2018 and 2017 season shows how Tilke engineered the track to absorb shocks. The layout was made in the year 1995

Yas Marina Circuit is super luxurious, proper Middle East track with bends and curves and was launched in the year 2009. It made its debut in the year 2010 has been in the calendar for over a decade now. The racing here isn’t much fun as there’s very little opportunities to overtake, Tilke, designed this track across a hotel which had color changing roofs. People were amazed with Tilke’s weirdly fast corners turning into furiously hard breaking zones. He also added quirky lights and luxurious paddocks just to add more finesse to it.

The Sepang International Circuit gave Malaysia a proper grade ‘A’ track to conduct racing. The tight twist bends, with superfast straight and corners followed by hard breaking zones, with g-forces enough to break your neck, Tilke’s textbook design had given us some interesting for more than a decade over here. The races were just purely amazing in hardcore Malaysian weather. The stands were covered with roofs inspired from traditional Malaysian culture. It was opened in 1999 .

Even the best engineering colleges in India cannot understand Tilke’s element. With a very standard textbook Tilke design with fast straights, twitchy hard corners this track seemed boring at first; until he showed us the parabolic curve. The elevation change after the third turn to give us exciting racing, especially during the 2013 season with Fernando Alonso and Vettel rivalry. The track had been India’s first top class circuit in years of its motor racing culture. The track made its debut in the 2010 F1 Calendar.

Tilke’s designs have ultimately changed how motorsports and tracks functioned. He bought his architectural influences of the 21st century even to the oldest of circuits which he helped in renovating. Herman Tilke to this day remains the sport’s known architect with multi variant knowledge and applying them all perfectly when needed. Karpagam Architecture would like to congratulate Hermann on having such a long and successful career.