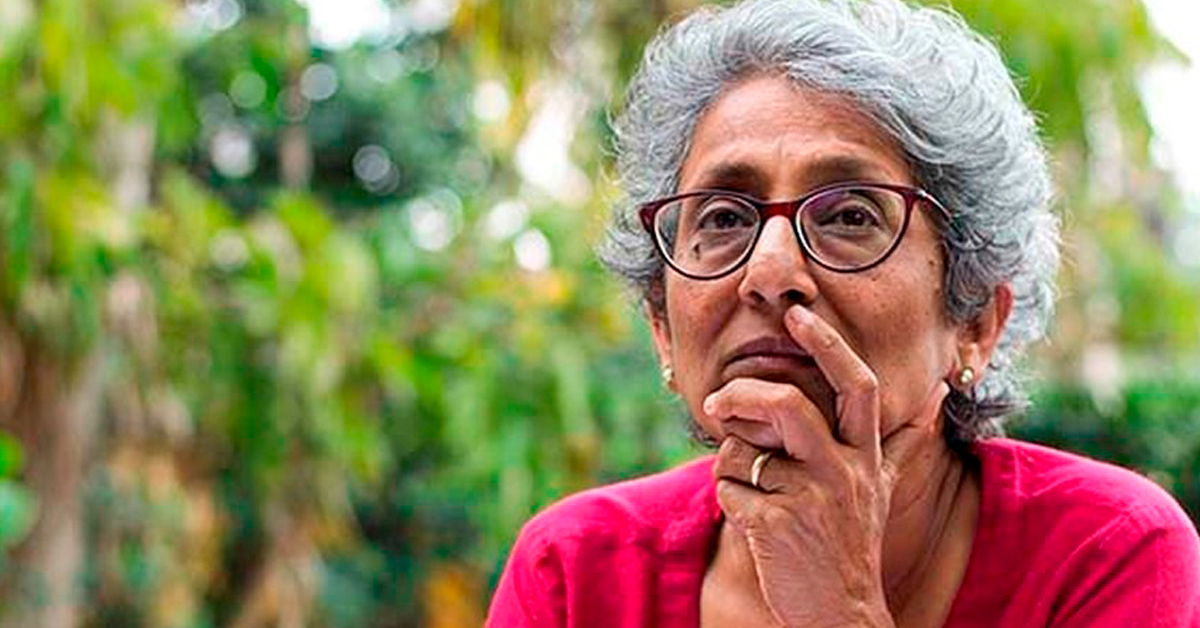 No matter how modern we think we are but even at the time of the millennial era the old stereotypes always takes everything down. In our history, it can be seen that men triumph over every field but the contribution of women never got the deserving acknowledgement. And it happens in the architectural community as well. Many times the ‘world of men’ was challenged by Zaha Hadid or Kazuyo Sejima, who were equally worthy and true rivals. So do you think you have what it takes to be a part of Karpagam Architecture, India’s Best Architecture College? There are some following female architects who, despite the outdated mindset of the society, broke down the walls that were restricting them and proved they are not to be ignored.

She was one of the leading architects as she was nominated by Arc Vision as among the Top 20 Architects globally in 2016.  She worked very hard in restoring the history of India by caring for its monuments. She has done work for conservation and restoration of some important projects and the Royal Opera House in Mumbai was one of them.

The principal architect and co-founder of Annkur Khosla Design, her agenda is to make soulful and meaningful places. She explains her philosophy to sculpt humanistic spaces which passes the experience of the individual to joy. Her belief was in connecting the emotions of the user with the masterpiece. With the same belief, you can join Karpagam Architecture, the Top Architecture Colleges in Coimbatore.

Her centre of attention was to experiment with materials that have a low environmental impact so that she makes her design sustainable. And it helped her to earn a world-renowned name. The use of locally available materials and communities and eco-conscious designs made her work stand out amongst the crowd.

She was the founder of the firm Somaya and Kalappa Consultants. According to her, it’s the emotional connection with her design that’s the strength of her architecture. She has a good knowledge of the vernacular style of architecture because she travelled in the rural parts of India, which has helped her earn the Baburao Mhate Gold Medal for lifetime achievement. Karpagam Architecture, Top B Arch Colleges of Architecture and Planning in India is shaping the career of many such aspirants, which you can be a part of as well.

She believes in the quote ‘Practice what you preach’. She’s the co-founder of Biome Environmental Solutions. It was her approach to design the use of indigenous resources. To encourage her philosophy of vernacular style, she made her own mud house which is very beautiful and sustainable.

According to her, she was born to beautify spaces. She’s the creative head of Belita Design Solutions. He’s famous for her ability to make a space not only elegant but also by retaining its history and essence. She has worked hard and self-made interior designer you took projects like Rashtrapati Bhavan. A masterpiece like this can be created by you as well, all you need is the right study assistance and Karpagam Architecture, Best Architecture Colleges in Tamil Nadu is the answer you are looking for.

She’s an inspiration for people who have an interest in interior designs.  Her home is an example of ideal skills where she gave her house a modern yet cosy touch. She was a part of an award-winning interior design firm, Pavitra Rajaram Designs. India’s leading paints company Asian Paints takes her advice on their decor strategy.

They were the zealous due who worked together for around three decades at Neterwala and Aibara and became one of the top leading names in contemporary styles. They kept the personalities of their clients in the mind and made some beautiful, elegant and cosy dream homes. They had a keen eye for details and it was visible in their work. Learn this trick of mastering the key skills and be the best in this field by Karpagam Architecture, India’s Best Architecture College.

She was inspired by the freedom fighter Sarojini Naidu and put her architecture degree on pause to fight for India’s struggle for independence. After finishing her degree she worked with Charles Correa as an urban planner and they both planned the township of Navi Mumbai. She’s still working hard for the upliftment of people who live in the slum.

She was great in mud Architecture but it was her stainless steel skyscrapers that attract a lot of attention. She was inspired by nature and people as she had an experience with the tribal communities in the initial days of her career. Her design with earth Architecture got nominated several of her projects for the prestigious Aga Khan Award.