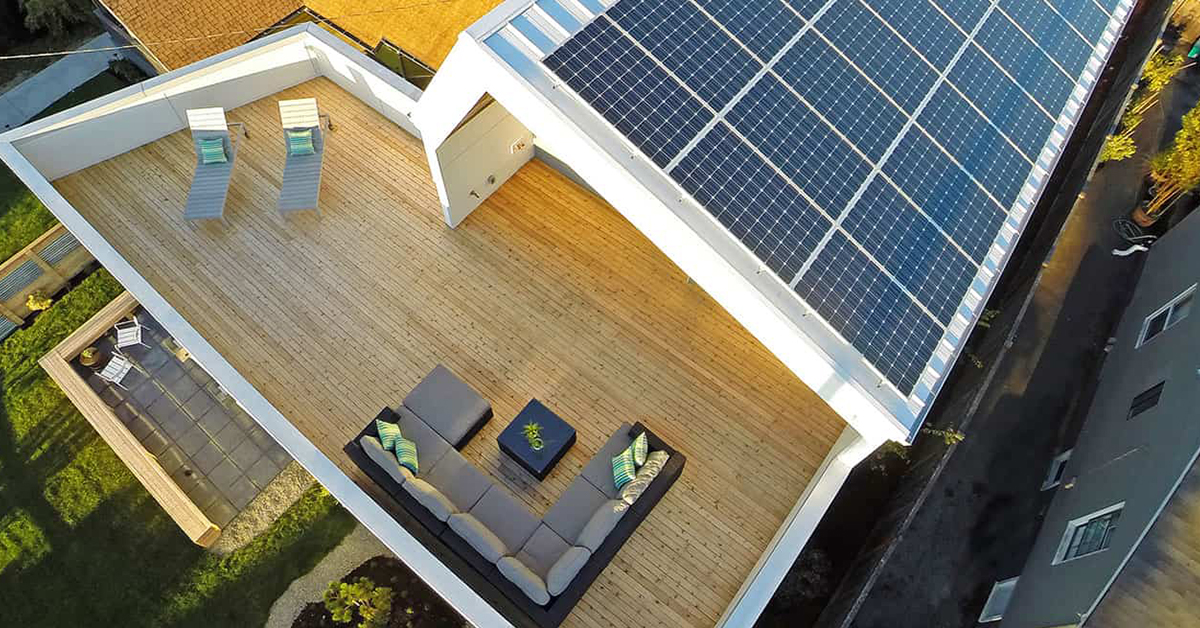 Awareness About Zero Energy Building? How It Helps?

A zero-energy building (ZEB), also known as a net-zero energy building, is any building or ongoing construction that has zero net energy consumption and zero carbon emissions after a certain calculation over a period of time.You will learn more from the Karpagam Architecture, the best Architecture college in Coimbatore. Hence, many are independent of the national (electricity) grid. ZEBs have emerged in response to stringent environmental standards, both regulatory and voluntary, introduced to address increasingly significant environmental issues such as climate change, natural resource conservation, pollution, ecology, and population.

You might be unaware, but your studies at the Karpagam Architecture, the Best college for architecture in Coimbatore will make you aware that in your immediate surroundings, most people are still living in zero energy buildings, whether they are from developing countries or somewhere else. It is done out of necessity, including in huts, tents, and caves exposed to temperature extremes and without access to electricity. The notion of a “zero-energy building” in a modern sense has been discussed since the 1970s, prompted by the petroleum shocks of the decade and subsequent concerns about the consequences of fossil fuel dependency. Definitions of ZEBs vary from those related to net energy inputs versus outputs to those that balance the financial costs of energy use with the costs associated with equipment used in the structure for energy production—from photovoltaics and wind turbines, for example—combined with the benefits associated with exporting energy generated by the structure. The energy in a building can be measured in many ways which you will learn at the Karpagam Architecture, India’s best architecture college, (e.g., cost, energy, or carbon emissions), and different views exist on the relative importance of energy production and energy conservation in achieving a net energy balance.

To meet the supply of their demanding electricity & heating/cooling needs, ZEBs need to produce their energy on-site. Various microgeneration technologies may be used to provide heat and electricity to the building, which you will understand more about at the Karpagam Architecture, Coimbatore Architecture College.

Various homebuilders have shown their serious concerns about the dependency we have on microgeneration & renewable energy technologies, whether they can deliver the energy generation requirements to produce adequate working, cost-effective ZEBs. Builders fear that owners and occupiers may not accept the required new technologies and could choose to retrofit energy-intensive appliances and systems, which would ultimately undermine the zero-energy objectives. There are further concerns that failure to maintain the new systems and technologies adequately may expose owners and occupiers to health and safety risks.

A Home Energy Rating System (or HERS) is a measurement of a home’s energy efficiency which is included in your studies at the Karpagam Architecture, the Best colleges of architecture in India. It is used primarily in the USA, HERS ratings make use of a relative energy-use index called the HERS Index. The HERS Index typically ranges from 0 to 150 spans, with a home with a score of 150 being extremely energy-intensive in terms of purchased energy. A HERS Index of 100 represents the energy use of the “American Standard Building” and an index of zero indicates that the proposed building uses no net purchased energy (a zero-energy building).

Other countries have similar schemes. It is known as the Nationwide House Energy Rating Scheme in Australia and is based on a ten-star rating, whereas Energy Performance Certificates (EPCs) in the UK are rated from A to G.HERS provides a standardized evaluation of a home’s energy efficiency and expected energy costs. The evaluation is conducted by uniform standards and includes a detailed home energy use assessment, conducted by a standardized assessor using a suite of nationally accredited procedures and software tools. The rating can be used to judge the current energy efficiency of a home or to estimate the efficiency of a home that is being built or refurbished.